Albert Einstein proposed it way back in 1917. It sounded like something straight out of a science fiction novel. The use of low-level focused light waves as a therapy to heal tissue. But, just like most of his brilliant ideas, Einstein’s theory was WAY ahead of its time and everyone laughed at him.

It was 43 years after Einstein’s prediction that he was proven right and low-level light was first developed into a therapy. In 1960, Hungarian surgeon, Endre Mester, first reported his experience using laser light to treat non-healing infections and inflammations (swelling) in rats. Mester reported a 70% success rate treating these infections which led to the development of a science he called “laser biostimulation,” or the stimulation of the local immune system.

Today there is an entire science field devoted to this subject call photobiology – the study of how light affects living things.

Since 1967, more than 2,000 clinical studies have been published worldwide on cold lasers. And on January 17, 2002, the first patent and market clearance was given by the FDA to a cold laser for the non-surgical treatment of joint pain. And listen to this: the study documented 94% of patients felt some improvement!

In 2004, another study of cold laser therapy for treatment of knee joint pain revealed a 62% success rate in significantly reducing pain. This was achieved after approximately 10 treatments that lasted ONLY 15 minutes each.

And with so many modern medical “cures” causing worse problems than the conditions they were initially intended to treat, one of the most important benefits was … no documented side effects! Not one – in fact, the only warning was not to shine the laser directly in the eye for a prolonged period of time. 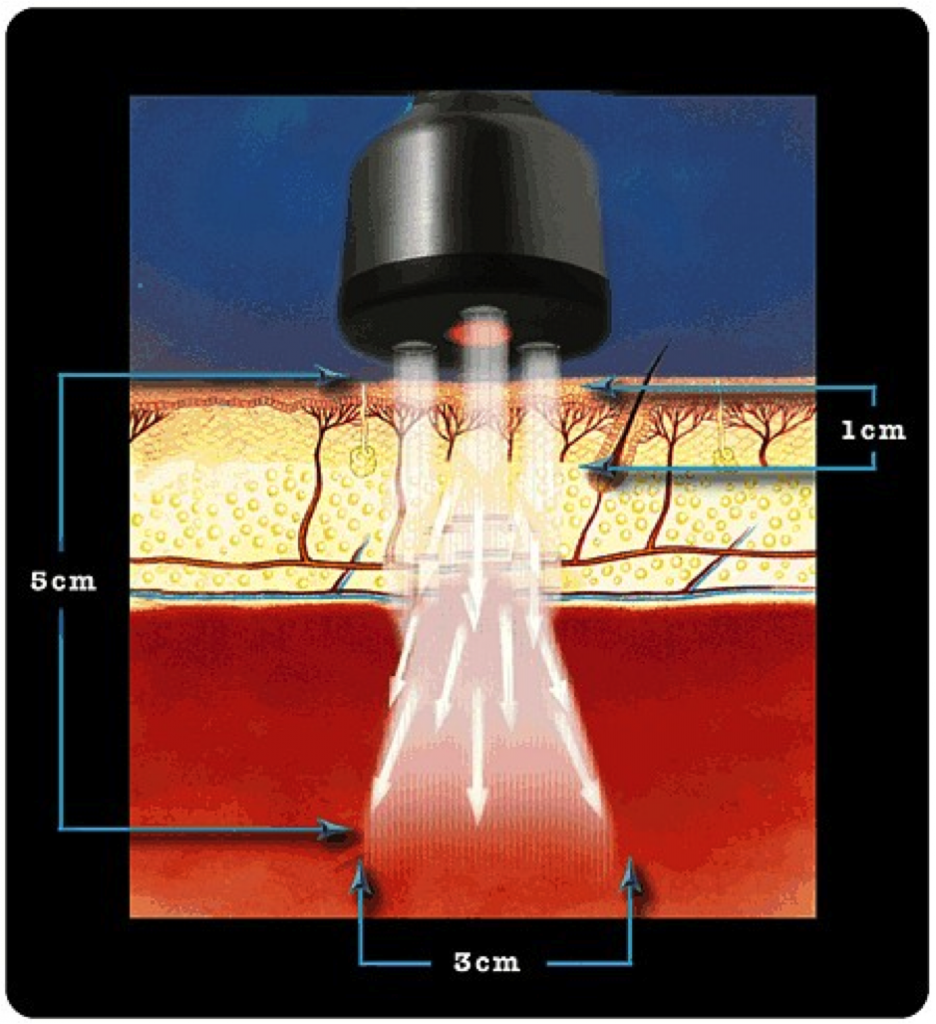 So what exactly is cold laser?

Light comes in a variety of forms. The light that we see is the visible part of the spectrum of electromagnetic radiation. Picture a rainbow. The light that is visible to us is a specific range of colors in that spectrum, but not the whole spectrum.

Other parts of the spectrum are not visible, such as the ultra-violet light that tans (or burns) your skin. Low-level laser light is compressed light of a wavelength from the cold, red part of the spectrum, hence the name cold laser.

The cold laser is very different from natural light. When natural light hits your skin it produces heat that can damage your skin. Since cold laser is one color, it travels in a straight line, it’s a single wavelength and its beam can be concentrated in a small area. It can penetrate the skin without heat, damage to your skin, or any known side effects.

How can cold laser therapy can help me if I have arthritis, a meniscus tear, cartilage degeneration or other joint pain?

Without getting too complicated, every cell in the body contains “cellular soldiers” called mitochondria and are responsible for doing the work that is needed to maintain and repair the cell.

The photons that are produced from the laser penetrating the skin and the tissues, stimulates the mitochondria to repair damaged tissue. It also causes formation of new blood vessels, improved drainage, and relief of symptoms.

In plain English, cold laser therapy is safe and effective for decreasing pain and healing many conditions, joint pain being one of them. 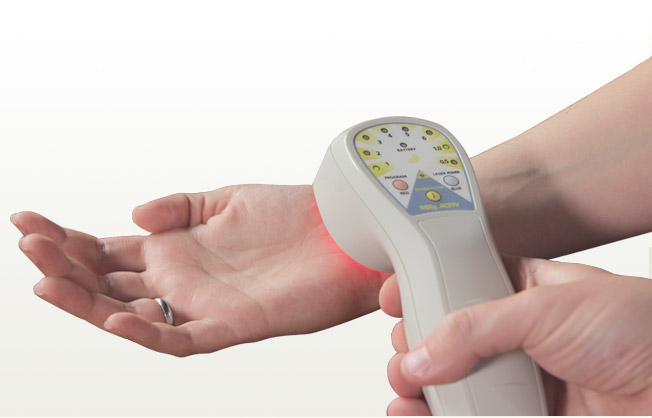 Cold laser therapy is the treatment of choice for:

The cold laser unit looks like a bit like a large, hourglass-shaped calculator. It has several different buttons to enter the different healing frequencies. From the unit extends two heads, each of which emit a red beam of light. That beam of light is placed over the cause of your pain for anywhere between 10-30 minutes. The laser does not produce heat and is painless. Most patients say they do not feel anything at all, but a few have reported a slight “tingling” sensation, but that’s it.

Before we go any further, here’s a little warning: Not everyone has “miraculous” results. There is no such thing as “sure thing” when it comes to treating conditions that affect the human body. If you are looking for a 100% guaranteed cure, you won’t find it in our office or anywhere else.

Just like everyone responds differently to diet and exercise, not everyone will respond to the cold laser. A very small minority say that the treatment gave them no benefit at all. But with a well documented 79.6% patient improvement rate, we think you’d have to agree the odds are well in your favor. This means that, on average, of every five joint pain sufferers who come into this office for treatment, four walk out pain-free!